This spectacular little-known corm comes from South Africa and enhances just about any design situation, especially when it can be viewed from below. Surprisingly tough and undeniably enchanting, Fairy Wands withstand coastal winds and fairly low temperatures, while preferring good drainage.

Aptly named ‘Autumn Sparkler’s singular statement is its glowing lilac-pink blooms, which are positioned in a unique upward-facing, nonpendulous manner, appearing in the autumn long after others in the genus have dwindled. Embellished with uncommon eye-shaped markings at the base of each petal and looking a bit like an Ixia, the somewhat open, close-set flowers become an easy-to-view beacon of late season loveliness on taut erect wands. A coveted, rare plant found only in the small South African region known as Ngome, this Dierama’s tidy compact clump deserves a protected, well-traveled haunt.

Adorned with dainty, wide-flaring lilac to rosy pink flowers, this vigorous Dierama sports a smaller stature than Dierama pulcherrimum. Found in the open grasslands of South Africa, D. igneum entertains a wealth of pendulous blooms that cast a lighthearted charm wherever they unfurl.

The splendid, narrow pink flowers and papery, pearlescent calyces are clustered on strong, yet ultrathin nodding stems above low slender foliage. One of the earliest Dieramas to bloom, this delicate looking dwarf evergreen species is a comely candidate for the rockery, a patio container or small-scale settings.

Even though ‘Alba’ is smaller than Dierama pulcherrimum, it has larger, white, more bell-styled flowers that brightly charm its thin supple stems, unusual chartreuse calyxes, and slender less flexible, more upright leaves. This nimble-looking evergreen can be nestled into paving cracks along a terrace or sited near a pool and is most extraordinary when backlit and planted en masse.

Like a kinetic sculpture in the wind, this Dierama’s elegant pink bellflowers dangle from strong, wiry stems that arch above its stiff, linear foliage. As a specimen against a darker background or on a slope, Dierama pulcherrimum will bring drama to your garden.

Thin stems gracefully bow from the weight of lovely, pendulous floral bells infused with dark cherry-purple hues. The vivid pageantry dresses up a clump of narrow tapered blades that’s similar to the species.

In a painterly fashion, each lovely pale pink bell features a darker brush stroke along its tips. Fishing pole-thin stems showcase the draped splendor above a mound of narrow blade-like leaves.

Borne on lithe stems, large pure white bells fall like a mesmerizing flurry of snowflakes. The luminous display dances above an Iris-styled clump that is slightly stiff and tinged with a bluish hue.

Exhibiting the grace of a dancer, its thin arching stems present pendulous, flared bells, ranging in color from milky white to mauve pink. One of the tallest Dierama species and quite hardy, the sizable clumps of imposing blades and dainty flowers look especially alluring in a container. 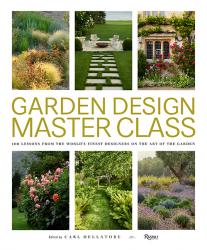 We are so excited about Carl Dellatore & Rizzoli New York's new book "Garden Design Master Class", which will be available April 14th on Amazon. It's a compelling collection of essays from international garden designers. Digging Dog Nursery co-owner Deborah Whigham is honored to have her article on the Autumnal Garden included.